GizmoChina quotes a rumor that the next generation Kospet Prime 2 smartwatch will have a 3D camera. “The new sensor will improve the smartwatch’s camera support and will aid in measuring the size of any object more accurately.“ 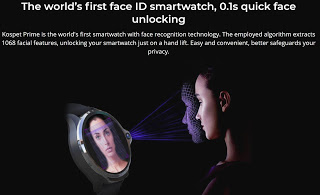 “At their latest hearing on Friday at Seoul Central District Court, when asked by the judge on whether they have an outside appraiser to suggest, a LG InnoTek representative said they had someone in mind from overseas but not in South Korea and said they will look for one. LG also said that the patent invalidation judgment was expected at the end of August and asked the next hearing to be set in September.

The trial has been effectively put on hold for the past eight months due to the issue of choosing an appraiser to evaluate the patent in question.

Corephotonics filed the lawsuit back in November, 2018, alleging that LG InnoTek violated its patents related to small field of view lens assembly. LG countered with its own request to South Korea’s patent office to invalidate the patents in question on June, 2019.“

Toshiba proposes a 3D camera based on a different blur for objects closer and farther than its focal plane:

“Until now, it was considered theoretically too difficult to measure distance based on the shape of the blur, which is the same for objects both near and far when they are equidistant from the focal point (Figure 3). However, analytical results revealed a substantial difference between the blur shapes of near and far objects, even when equidistant from the focal point (Figure 4). With that, Toshiba successfully analyzed blur data from captured images by a deep learning module trained with a deep neural network model.

When light passes through a lens, the shape of the blur created is known to change depending on the light’s wavelength and its position in the lens. In the developed network, position and color data are processed separately to properly perceive changes in blur shape, and then, after passing through a weighted attention mechanism, are used to control where on the brightness gradient to focus in order to correctly measure the distance (Figure 5). Through learning, the network is then updated to reduce any error between the measured distance and actual distance.

Toshiba will confirm the versatility of the system with commercially available cameras and lenses and speed up the image processing, aiming for public implementation in fiscal year 2020.“ 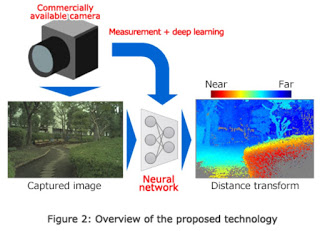 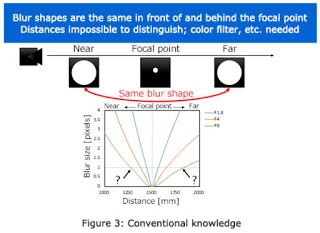 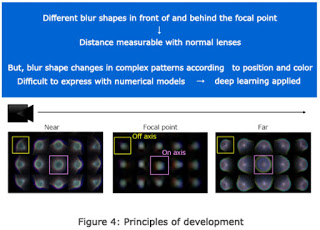 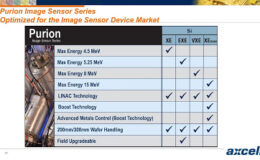 After initial misunderstanding with 15MeV and 12MeV statements in Axcelis announcements, I got an official clarification from the company: Dear Vladimir, I saw your recent article on our system and reference to energy range and I wanted to clear up any confusion. Our system does indeed have an energy range … 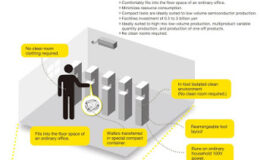 Yokogawa brought AIST, Japan-originated Minimal Fab project to production. It uses 0.5-inch wafers and does not need a clean room to operate: Minimal Fab process implements most of the steps needed for image sensor production, even a wafer thinning and bonding option. The most notable omission is a high energy … 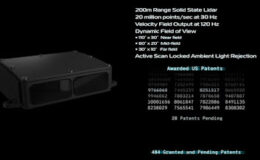